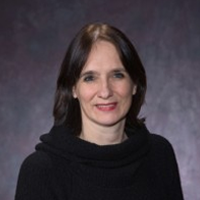 Adele Schmidt co-founded Docs In Progress in 2004 and served as part of its founding staff from 2009-2010. Adele was instrumental in helping the organization expand beyond its signature work-in-progress screenings to provide a full array of educational, professional development, and mentoring programs for emerging documentary filmmakers. Adele is the co-owner of Zeitgeist Media LLC, a production company that has gained wide recognition for its documentary series on progressive rock music, Romantic Warriors – A Progressive Music Saga. In addition to more than 20 years working as a producer, director, editor, and consulting producer for award-winning films, Adele has extensive teaching experience. She has been an adjunct professorial lecturer for film and video production at American University since 2009. She also has served as a panelist for the Arts and Humanities Council of Montgomery County, MD, reviewing applications in the disciplines of writing, history, and media arts. Currently she serves as a panelist for the Maryland State Arts Council, reviewing applications for the Arts in Education Teaching Artist Roster.