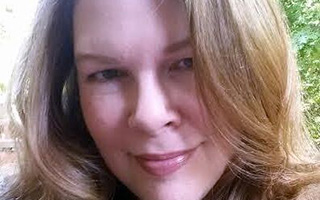 Andrea is the Program Director for Docs In Progress where she oversees all documentary film screenings, educational workshops and professional development programs.

She is also currently an Assistant Programmer of documentaries for the Tribeca Film Festival. Previously, she was the Head Programmer for AFI Docs, the American Film Institute’s documentary film festival held annually in the Washington D.C. area, and she he has served on the Selection Committees for DOC NYC,and Camden International Film Festival as well as several film juries and panels.

Andrea is also a skilled writer, having contributed numerous articles to the Turner Classic Movies website, American Film magazine, McSweeney’s, The Nervous Breakdown and the National Film Preservation website. In 2015 she researched and co-wrote the official tribute book for the 43rd AFI Life Achievement Award presented to comedian Steve Martin in Hollywood.

She has taught a variety of film history classes at the college level, and spent eight years at Turner Broadcasting in Atlanta where she served as the Media Services Supervisor for Turner Classic Movies. She earned her M.A. and B.F.A. in Cinema Studies from New York University’s Tisch School of the Arts.