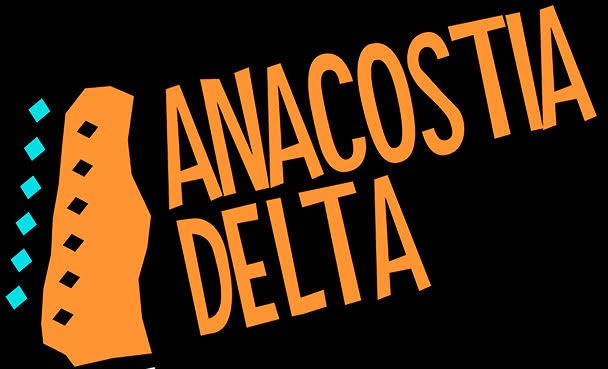 Join us Saturday, November 16th at 3:30pm for Clips & Stories from Anacostia Delta: The Legacy of DC's Telemasters: Meet the Filmmakers and Featured Musicians. This special Film & Lecture Series program is presented in collaboration with Docs in Progress as part of their Community Stories Festival. FREE & Everyone Welcome. RSVP: [email protected].

Washington, DC boasts not one, but two guitar players who earned the label "the greatest unknown guitar player in the world," Danny Gatton and Roy Buchanan. Anacostia Delta: the Legacy of DC's TeleMasters celebrates these two guitar legends along with other influential DC musicians who were part of a unique guitar driven music scene that still thrives today. The film features a concert with thirty extraordinary DC musicians who keep that musical tradition alive and pay homage to their guitar heroes. Through performances and stories of their hey day, these musicians celebrate the unique DC sound - a virtuosic blend of rock n' roll, jazz, blues, rockabilly, country, and soul - that Gatton said came from the "Anacostia Delta."

Bryan Reichhardt
Director
Bryan Reichhardt is an award-winning director with thirty years of production experience, and a life-long Danny Gatton fan. He had the opportunity to meet Danny on a few occasions and had the great privilege to experience many of Gatton's jaw dropping performances in clubs around DC. Anacostia Delta will be Reichhardt's fourth feature length documentary film. Most recently, he directed the film Pictures from a Hiroshima Schoolyard, an inspiring story about a gift exchange in 1946 and a reunion between members of a church in DC and Japanese schoolchildren who grew up in the aftermath of the atomic bomb. Reichhardt has directed two documentaries that aired on PBS: Geisha: An Artist's Journey, exploring the enigmatic world of Geisha; and the award-winning independent film Barnstorming, a story of friendship between antique plane pilots and an Indiana farm family. Reichhardt has been producer/editor for multiple series on the DIY Network as well as two documentary series for the CPB/Annenberg Channel - Reactions In Chemistry and Democracy In America.

Suzanne Brindamour Tolford
Producer
Suzanne Brindamour Tolford's career spans 20 years in television, radio, music production and musical performance. She has produced videos for organizations and non-profits and in 2013 was associate producer for the documentary Pictures from a Hiroshima Schoolyard. While working in radio she wrote and produced a series of ads that won an ADDY for best campaign. Her work as a film composer includes scores for the award-winning PBS documentary Barnstorming, and features for National Geographic Explorer and America's Most Wanted. As a singer-songwriter (under the name Suzanne Brindamour) she has released three CDs of original music to critical acclaim (Washington Post, Gazette, On Tap), and is in production on her next album. She has performed on both coasts and in Europe and continues to play in the DC area. She also curates the DC contingency of the global Acoustic Guitar Project and volunteers through Musicians On Call to play music for patients at area hospitals. For more info, visit: www.suzannebrindamour.com

Ken Avis
Producer
Ken Avis is a recording and touring musician, music writer, broadcaster and educator. He performs with award-winning world-jazz trio Veronneau and is a Cordoba Guitars Artist Ambassador. His writing has been published in Capitalbop magazine, the UK Jazz Journal, Washington Post and Jazz Times. He also wrote the musical play Bossa Fever and co-produced the documentary Bossa Nova - the Brazilian Music Which Charmed the World. The film spotlighted the link between 1960's Brazil and Washington DC which led to the worldwide emergence of Brazil's signature sound. Ken was chosen to be a musician-mentor for the prestigious Strathmore Artist in Residence program, where he presents regular workshops in their Professional Development for Musicians series. In 2014 he co-curated the 2-week long Strathmore Jazz Samba Project festival of Brazilian music, dance, film and workshops, inspired by Veronneau's top 10 jazz charting album of the same name.

John Previti
Musical Director
John Previti's career dates back to 1976 when he played bass with the guitarist Danny Gatton and continued to do so for 18 years. Previti has also played both upright and electric bass with Charlie Byrd, Paul Simon, Arlen Roth, Rick Whitehead Trio, Jim Stephanson, Dave Chappell, Big Joe and the Dynaflows, and Veronneau. His range of styles include country, blues, jazz, rock, and folk and he is featured on the soundtrack of the PBS documentary Barnstorming. Previti is also the musical director for Anacostia Delta concerts in addition to the film. He currently teaches private lessons at Landon and Bullis Private Schools.

Dave Elliott
Musician
Dave Elliott has been drumming professionally since 1965, when he formed his first band, the Apollos. In the early 1970's Dave was the house drummer at Hillbilly Heaven in Virginia, where he met and was hired by Danny Gatton and Billy Hancock. For a short time, Dave, Danny and Billy played with Liz Meyer and Friends, then went on to perform as Danny and The Fat Boys. Dave continued to play with Danny for about 18 years, appearing on 5 of Danny's albums. Dave also played with Bill Kirchen and Too Much Fun for 10 years. In addition to performing with Bill and Danny, Dave has had the opportunity to play with Les Paul, Robert Gordon, Robert Ward, Jim Stephanson, and Dave Chappell, among others. Dave can play a wide range of genres. He has toured Europe and the US, appeared on MTV and The Guiding Light, and continues to play in the DC area.

Visit the Community Stories website for more information on the festival and other events.

Docs In Progress is a 501(c)(3) non-profit organization which gives individuals the tools to tell stories through documentary film to educate, inspire, and transform the way people view their world.