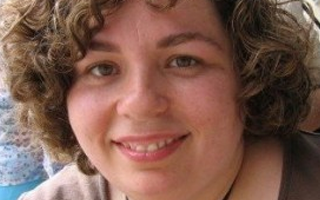 Erica is the Co-Founder and Executive Director of Docs In Progress, a nonprofit incubator for emerging documentary filmmakers headquarted near Washington DC.

She has more than 25 years of experience in program administration in the nonprofit and government sectors, working in the areas of arts and culture, nonprofit management, and international professional exchanges.

In addition to her work with Docs In Progress, she is a host of The D-Word, an online documentary filmmaker community with more than 15,000 members from around the world. Erica has extensive experience working with film festivals and speaking to audiences on everything from documentary fundraising to social media to international exchanges.

Erica co-produced/co-directed Creative Feds (a project about the creative lives of federal civil servants); Crucible of War (an educational documentary about post-war life in former Yugoslavia); and co-directed Talking Threads, a web documentary about international student reactions to 9/11. She has also produced videos spotlighting the power of international exchange programs. She is currently at work as producer and co-director on California Dreaming, a project about the American Dream from the perspective of people who live in small towns across the United States named California.

She has also been a panelist for cultural grants from the Maryland State Arts Council and the U.S. Department of State. Erica has written articles for DOX and The Independent and is the newsletter editor, principal writer, and blogger for Docs In Progress. She teaches Documentary Pre-Production and Outreach classes for Docs In Progress and facilitates work-in-progress screenings, Peer Pitches, and documentary appreciation salons.

In addition to her work at Docs In Progress, Erica has coordinated professional development programs for the Maryland Association of Nonprofits and occasionally accompanies foreign delegations participating in international professional and cultural exchanges in the United States. This follows a career of more than 18 years working for the U.S. Department of State in the area of international professional, academic, and cultural exchange programs. She is proud that Silver Spring has become a center for documentary since it also happens to be her hometown; the Docs In Progress Documentary House is located only six blocks from the house where she was raised. She attended Albert Einstein High School’s prestigious Visual Art Center in Kensington, Maryland; holds a B.A. in International Affairs from the George Washington University in Washington DC; and has an M.A. in Film and Video from American University in Washington DC. She has additional studies at Trinity College in Dublin, Ireland; FAMU (national film school) in Prague, Czech Republic; and the National Foreign Affairs Training Center.

In addition to moderating screening discussions and panels, as well as teaching classes at Docs In Progress, Erica has also spoken on various topics at panels, workshops, and university classrooms across the country:

Notre Dame of Maryland University (Making Your Documentary a Reality)

U.S. Department of State International Leadership Program (The State of Documentary in the United States)

Behind the Lines, Between the Lines International Film Festival in Thiruvananthapuram, India (Ethics in Documentary Filmmaking)

Women in Film and Video-DC (Fiscal Sponsorship for Filmmakers)

The Foundation Center (Fiscal Sponsorship in the Arts)

Festival and Other Jury Roles