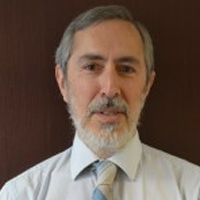 Jay Elvove is retired from the University of Maryland where he was Client Relations Manager for the Division of Information Technology, spending nearly 37 years there in various capacities in support of academic, administrative, and research computing. Some of the major initiatives in which he played a key role include the design and development of an enterprise email system, the initial build-out and significant subsequent expansion of the university’s high-performance computing infrastructure, and the creation of a program aimed at stimulating new initiatives in scientific and data visualization technologies.

He currently serves on the Silver Spring Citizens Advisory Board and the Silver Spring Urban District Advisory Committee, and he is also President of his neighborhood civic association. He is a board member of Silver Spring Town Center, Inc. and Friends of the Silver Spring Library, part of the Leadership Team of the Creative Edge Studio Collaborative in Hyattsville, and a volunteer at the AFI Silver Theatre and Cultural Center’s Educational Screening Program. He has a Master’s Degree in Computer Systems Management and Bachelor’s degrees in English Literature, Psychology, and Radio, Television & Film, all from the University of Maryland.