KOSOVO TO THE USA: INTERNATIONAL EXCHANGE IN ACTION 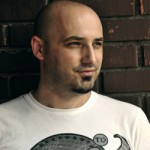 Ismet Sijarina is a filmmaker from Pristina, Kosovo.  He works in documentary, fiction, and music videos and is also an Assistant Professor in the Faculty of Fine Arts at the University of Pristina and a member of Kosovo’s Cinematography Board.  In 2010, Ismet participated in an international exchange program which brought him to the United States along with 16 other young filmmakers for a three week exchange program.  A year later, he reflects on the experience.

I’m addicted to Hollywood in terms of consuming its films infinitely, but what I lacked was information on the other side of the story — independent filmmaking in the United States.  During this trip. I had a chance to explore it more and get informed first hand by meeting Independent filmmakers and sharing experiences with them. What I found out is that these guys are facing the exact same problems and challenges as we do back home in terms of fundraising, distribution etc.  It is amazing to see how all these difficulties do not stop them from making thousands of brilliant films and getting promoted in festivals such as Sundance, Tribeca etc.

What especially impressed me was their engagement in the distribution phase, because back home we think we’re done by having a premiere.  In the USA, I discovered that the premiere is often the beginning of the journey. This helped me a lot in preparing my project that I’m working currently in terms of having better distribution of it.  During this program I’ve learned that America is a place of possibilities, as well as a place where you have to work hard in order to be able to compete and “survive” in this field.   American filmmakers showed me the importance of being seen by others, how to appreciate every single person in the audience, and how to navigate some new funding sources.

By meeting the young filmmakers in the US, I’ve learned to see things more widely, because as a person from a small country, I’ve had a feeling that even my creativity was somehow limited within the geographical borders of my country. America made me think more globally. Sometimes I feel artists in my country are lazy and overly dependent on the budget designed by the government.  Many of my colleagues still think that filmmaking is something to be supported by the government and there are no other possibilities of making a “proper” film,.  A “proper” film according to their opinion is a movie filmed in 35 mm, with a budget of at least 1 million Euros.  As an artist who loves independent filmmaking, I never agreed with that opinion and this program helped fortify my belief that there is a way to promote independent low budget filmmaking in Kosovo too. In different forums and festivals back home, I’ve explained to local and international filmmakers my experiences in this program, trying to convince them that the best chance to promote our film industry is to have  more films produced by young filmmakers and for topics to be treated more independently in order to prevent stereotypical films that cost a lot of money.

This program was not limited to US filmmaking only, but also gave me a chance to meet participants from 16 other countries which gave me 16 more connections from all over the world.  We still stay in touch.  Now when I’m back home I’m trying to follow the same spirit and impact the others around me. I’m trying to share as much as possible these experiences gained in the program with students in the Faculty of Arts.  They’re young and enthusiastic, ready to learn more.