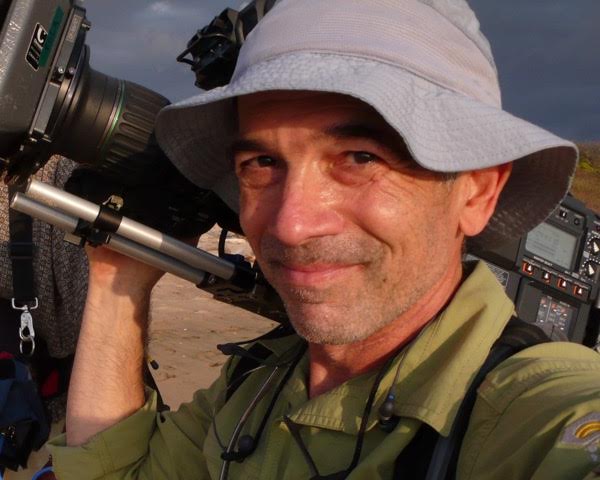 Larry Engel is an Emmy® award-winning producer, writer, director, and cinematographer now in his fifth decade of filmmaking that spans all seven continents. He’s worked on over 250 projects for domestic and international broadcasters and cable channels. His career originated in photography, and he studied with Walker Evans. He then moved to film.

Currently, Engel is an Associate Professor at American University’s School of Communication, Associate Director of the Center for Environmental Filmmaking, and filmmaker-in-residence with the Investigative Reporting Workshop. He teaches both production and theory/history. Several courses carry into the field, including "The Practice of Environmentalism: Galapagos" and a summer session “Classroom-in-the-Wild™: Extreme HD: Alaska.”

In pursuit of environmental, wildlife and adventure stories, Engel has flown into hurricanes, been chased by tornadoes, and dropped into ice caves. He’s fled wildfires, gotten lost in jungles, and spent three years traveling the globe to come face to face with a lot of mummies.

Engel is also co-author of “The Code of Best Practices in Sustainable Filmmaking.” He is a member of the Writers Guild of America East (WGAE), the Directors Guild of America (DGA), Directors-UK, the National Association of Science Writers, the University Film and Video Association, the International Documentary Association, and the Mountaineering section of the Potomac Appalachia Trial Club.

A recent three-part series that he directed and shot, The Human Spark hosted by Alan Alda, premiered on PBS nationally and won the prestigious AAAS-Kavli Science Journalism Award for In-Depth Journalism. His short film Potato Heads: Keepers of the Crop premiered at the Washington DC Environmental Film Festival and screened at two festivals in Italy and Flickerfest in Australia.