Memories of the Warsaw Ghetto

You are donating to the fiscally sponsored documentary MEMORIES OF THE WARSAW GHETTO.

Eugene Berman, a deaf boy who comes of age in Warsaw, Poland during the Holocaust.  His and his family’s story is one of people who struggled to retain their humanity, culture, and dignity within a walled-in enclave, and eventually fought back against their Nazi oppressors in the first armed revolt in Nazi-occupied Europe.  The film’s narration is interwoven with reenactments and live scenes focusing on the experiences of Eugene and his family. 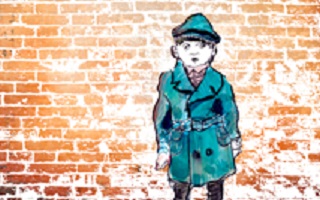