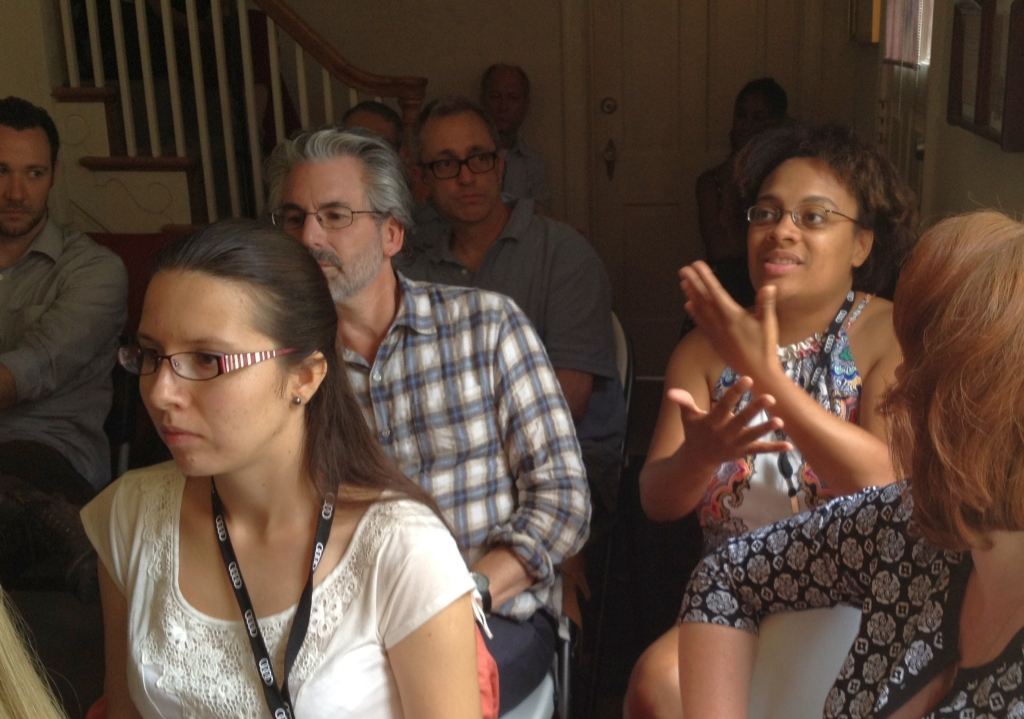 Peer Pitch is a program where documentary filmmakers with works-in-progress at any stage of development can have a supportive environment to give their pitches a test run and give and get feedback to/from other filmmakers. This full day program gives up to ten documentary filmmakers the opportunity to present new projects to fellow filmmakers for feedback and for all attending to gain valuable insights and new connections which can guide their own filmmaking.

Constructive feedback from peers in a nurturing environment will help to identify strengths and areas for improvement in projects. Participants will also develop skills and comfort in verbally describing their projects among peers before trying their pitches out on industry.

Films which have been presented at past Peer Pitch workshops when they were in their early stages have gone on to be funded by Sundance Documentary Fund, ITVS, Garrett Scott Development Grant; been accepted into industry pitching opportunities such as IFP’s Independent Film Week, HotDocs Forum, DocsBarcelona, and Points North Pitch; and have gone on to play festivals, television, and community screenings around the world. Participants have also made connections with other filmmakers which have led to later collaborations. Some of the films which have come through Peer Pitch have included Let the Fire Burn, Slingshot, LOVE Gilda, Kandahar Journals, Sweetheart Deal, Big Sonia, Out in the Silence, Deej, Indivisible, Transmilitary, and Uranium Drive-In.

WHO MAY ATTEND?
Participation is open to any filmmaker who has a documentary project he or she would like to discuss. Projects may be at any stage of development. In the past, experienced filmmakers, first time filmmakers, and even film students have pitched their docs in progress. In true democratic fashion, pitching slots are available on a first registered, first accepted basis.

Peer Pitch also includes "observer" spots for those who want to give feedback to their colleagues, but don’t necessarily have a project to share. Unlike other pitching programs, observers at Peer Pitch are very involved with the discussion, providing valuable feedback to the pitching filmmakers.

It is made possible through support of

Peer Pitch is presented in partnership with