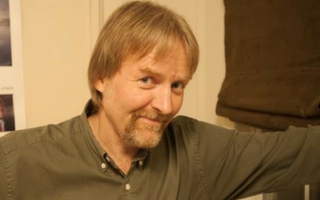 ​Richard Hall has over 30 years experience working in television as a video technician and producer/editor/videographer. He has​ been with C-SPAN for 26 years, and has been a member of the American History TV team since 2010. He conceived and produces the weekly archival film series Reel America® and has produced, shot and edited over 150 episodes of the American Artifacts series, visiting museums and historic places. Prior to American History TV, Richard was a videographer and producer for Book TV for 12 years, and a field technician for C-SPAN prior to that.

Richard has produced about a dozen independent documentaries and experimental films since the mid-1980s including Pig Racing: A Question of Ethics and American Feud: A History of Conservatives & Liberals. You can learn more about their independent work at www.nerdsmakemedia.com

Richard has taught Adobe Premiere and Final Cut editing for Docs in Progress. He also presents a “Vintage Classroom Films” program several times a year hosted by Docs in Progress and the Takoma Arts program series and co-moderates the Silver Spring Documentary Roundtables with his wife Simone Fary.