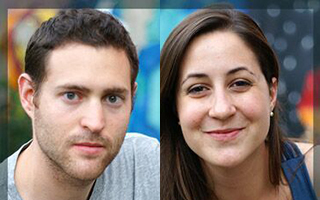 Tessa Moran and Ben Crosbie are the co-founders of Eidolon Films, an Emmy Award-winning production company that specializes in crafting cinematic and powerful documentaries and non-profit videos that have significant impact. They have work-shopped four documentaries through Docs In Progress Work-in-Progress Screenings and Peer Pitch, including Fate of a Salesman about a Washington DC neighborhood in transition as seen from the vantage point of the employees of a men’s clothing store. The film aired on public television, won a regional Emmy, and was nominated for a national Emmy. They have both been DC Commission on the Arts and Humanities Artist Fellows and Tessa has also been a BAVC National Media Maker Fellow. Their latest film The Guardians has received support from ITVS.