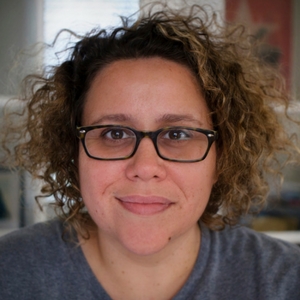 Angela Pinaglia is an educator, cinematographer and producer. She produces films for small businesses and nonprofits and teaches at Kutztown University in the Cinema, Television, and Media Production Department. In addition to her fellowship project, she is co-producing/co-writing Riding Wild, a documentary about a BMX-lifer who dares to dream big and concocts an illegal bike park on a patch of forgotten woods in Baltimore city  whose work has screened at film festivals. Before diving into the world of film, she worked in education in her hometown of Miami.

Fellowship Project: Synchro explores the little known sport of synchronized skating that has big dreams of Olympic inclusion. Since its creation in the 1950s by a father who saw the need for team sports for his daughters, synchronized skating has grown steadily yet remains mostly on the fringe. Still there is a dedicated following of determined girls and women who carry the banner.