Just when you least expect it, you may be in a situation where you have an opportunity to pitch to a potential funder, broadcaster, distributor, or someone else who can have a positive influence on the life and trajectory of your film. You might only have a few minutes though. Are you ready? Filmmakers Doug Block and Aviva Kempner have years of experience with the proverbial "elevator pitch" and share their tips.

You get in the elevator on the 20th floor of a hotel. It stops at the 19th floor and in walks a TV executive who you just know would be thrilled to support your latest documentary idea. You have until the elevator stops at the lobby to pique her interest in your film. What do you do?

While it may not be on an elevator, chances are you will run into someone sometime somewhere who could be a crucial part of moving your film forward. It could be at a party, on an airplane, or at a bar or café. And you need to be prepared. Even at places where you might expect such an encounter, it can sometimes sneak up on you.

At an overseas film festival a few years back, I was sitting in a theater waiting for a film to start when I noticed a man next to me looking at an English-language guidebook to the city where we were. I struck up a conversation with him about sights to see in the city and it didn’t take long to learn he was the chief documentary programmer for a major U.S. cable network. Only problem was I was shy and unable to articulate much about my film. While I got some great tips on sightseeing, it was a lost opportunity for making an important connection professionally. The elevator door had closed on me. 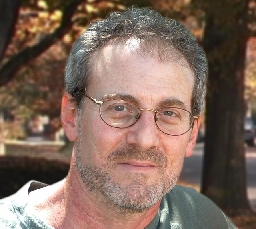 To help others avoid the same experience, I thought we would devote an article to the elevator pitch by talking to two filmmakers who have mastered it.

Doug Block is an award-winning New York-based documentary director, cameraman, and producer whose most recent film 51 Birch Street was named one of the top ten films of 2006 by the New York Times and Ebert & Roeper, and one of the outstanding documentaries of the year by the National Board of Review. Block was nominated for an Emmy for his 1999 film Home Page and has produced, co-produced some of the most acclaimed films of the past two decades, including A Walk Into the Sea: Danny Williams and the Warhol Factory (2007), Jupiter’s Wife (1995), and Silverlake Life (1993). Block is also the founder and co-host of The D-Word, a worldwide online community of documentary professionals. 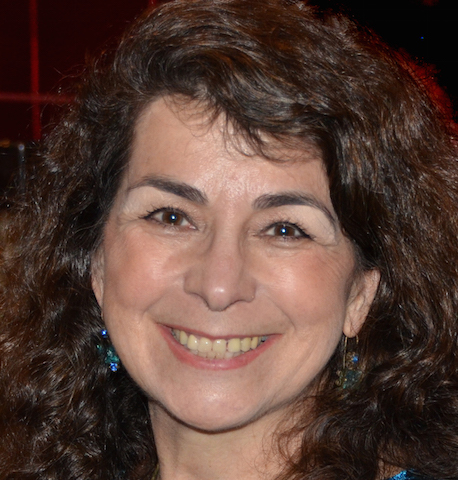 Aviva Kempner is an award-winning Washington DC-based filmmaker who has specialized in investigating non-stereotypical images of Jews in history and the untold stories of Jewish heroes. She wrote, directed, and produced The Life and Times of Hank Greenberg, an Emmy-nominated film about the Jewish baseball player who fought anti-Semitism in the 1930’s and 40’s.The film won a George Peabody Award and received top honors from the National Society of Film Critics, the National Board of Review, the New York Film Critics Circle, and the Broadcast Film Critics Association. Kempner also produced and co-wrote Partisans of Vilna and wrote the narration for the Academy Award-nominated documentary Promises to Keep. She is currently at work on Yoo-Hoo, Mrs. Goldberg, a feature-length documentary about television sitcom pioneer Gertrude Berg (segments shown at Docs In Progress in 2005).

Q: What are the elements of an effective elevator pitch?

Doug Block: It’s pretty simple – being able to distill what your film is about in a sentence or two in a way that makes it clearly compelling. Being able to tell potential funders or supporters enough about your film in about 30 seconds or less to get them to want to hear more. At any time and place, and at a moment’s notice.

Aviva Kempner: Seizing the moment, talking fast and with a concise purpose and having the chutzpah to do it. Then getting contact information to follow up.

Q: What do you need to know about the person to whom you are pitching?

Doug Block: I don’t think you need to know a thing about the other person. The elevator pitch is only about you and your ability to summarize your film quickly and effectively.

Aviva Kempner: It’s about being in the right place at the right time and encountering someone who you want to be involved in your film. Often times, it happens at a film festival party, but it can happen anywhere. At a restaurant on vacation, I once ran into Harvey Weinstein. Told him about the film I wanted him to distribute and it helped when I later went to him. Even though he did not wind up being the distributor, my project was on his radar screen thanks to Martha’s Vineyard.

Q: What’s a big no-no when you make the pitch?

Aviva Kempner: You get their prior work or their name wrong or mention their enemies to them.

Doug Block: Taking too long. Giving too much backstory. Explaining more than needs to be explained. It’s about being quick and to the point. And leaving them wanting more.

Q: How important is it to know what it is you want from the pitch?

Doug Block: It’s always important to know what you want. I think mainly what you want from the elevator pitch is to buy the time to give a longer explanation. That may mean giving out a business card, sending a sample reel, asking for a meeting, or just continuing the conversation beyond the “elevator.”

Aviva Kempner: Since I always need funding, that is what want from a pitch.

Q: Tell us about an experience you had with a successful elevator pitch. It doesn’t necessarily have to have been in an elevator.

Doug Block: It would have to be when I pitched 51 Birch Street to two HBO executives at a Sundance pitching round-table about five years ago. The film is a personal documentary about what happens when every assumption you’ve made about your parents 54-year marriage is called into question. I introduced it by saying it was the film I was born to make, and probably the best film I’d ever make. That certainly got their attention. Of course, I said the same thing to them recently about my current doc.

Aviva Kempner: I saw someone recently at a film festival who I almost worked with but did not because he is on the west coast. We have always maintained a good relationship and I pitched him now getting involved in a new project I am working on because of its parallels with another film he was involved in. I guessed correctly as he said to send the script to him.

Q: Let’s say you have what you would consider a good elevator pitch. How do you ensure there is follow-up? Is the ball in their court or yours?

Aviva Kempner: Most importantly, get their phone number, address or email address. I pitched a doc project to Brad Pitt at a film party and he seemed interested since I had read he was interested in the topic. I knew going to the party he would be there, and practiced in my mind what I would say. I followed up by sending him a proposal to his office.

Doug Block: It’s always in your court. Never go anywhere without a business card, at the least. And if you pitch to someone who could be a potential supporter of your film in any way, try to get their name and contact info. Put them on your email list and keep in touch with them all along the way.

Q: Do elevator pitches get easier once you get more of a track record? Is there anything extra someone who doesn’t have a track record should keep in mind?

Aviva Kempner: I always mention up front the movies I have done before and of course a track record helps. Unless of course they did not like your films. On the other hand, it’s the subject of your film that is the real selling point and make sure to talk about it in concise terms and with much enthusiasm.

Doug Block: Elevator pitches are the great equalizer because they have nothing to do with track records. It’s all about distilling your film down to its essence, which is extremely hard to do. If you can do it really well, and it takes up less than 30 seconds of their time, then no one will mind. It’s only those who drone on and on that get people annoyed. The only way it becomes easier is to keep practicing it. Practice your pitch at every opportunity.

© October 2008, Docs In Progress®
This article may not be reprinted without permission.