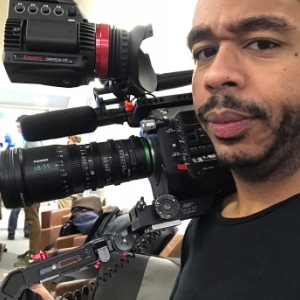 Robert is a director and producer who works for Freethink, a media company specializing in short-form documentary storytelling with a focus on making content for young people wanting to make a difference in the world. Robert has helped produce seven original documentaries and series for Freethink including Superhuman, Coded, Challengers, Crossing The Divide, DIY Science, On The Fringe, and most recently Holding Police Accountable. He also directed a short documentary about the accidental entrepreneurs of Don’t Flop (DFAFD), formerly the largest battle rap league in the UK.

Fellowship Project: American Sundown is a feature length documentary that examines race relations through the lived experiences of the people, who in the face of insurmountable odds and wanton violence, strived to make real the seemingly impossible dream that is racial progress in America. Using the director's own family history as a springboard, American Sundown will cover American history from the end of Reconstruction through present day.