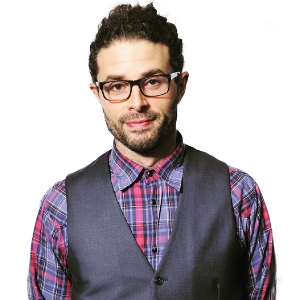 Andrea is a writer and non-fiction filmmaker whose work illustrates intersections between politics, violence, and justice. His work has been broadcast on CBC Television, CBC Radio, and TV Ontario. He co-wrote and edited Rubber Stamped, a documentary short that examines the international extradition case of Hassan Diab, and the writer/director of The Echoes of Chloe Cooley, an award-winning short documenting the resistance of one woman that resulted in the first anti-slavery law in the British Empire. Andrea has been a fellow of the Union Docs Documentary Lab, the Hot Docs Accelerator Program, the RIDM Talent Lab, and the Next-Up Leadership Program for Social Justice.

Fellowship Project: The Places You Won't Find Parole. To ensure the filmmaker continues to have access while in production, the synopsis is not currently being made public. The film is also an alum of the Docs In Progress Peer Pitch and Double Exposure Pitch.