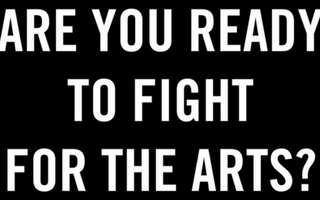 Even when you live in the belly of the beast of politics, complacency is possible. Until now. 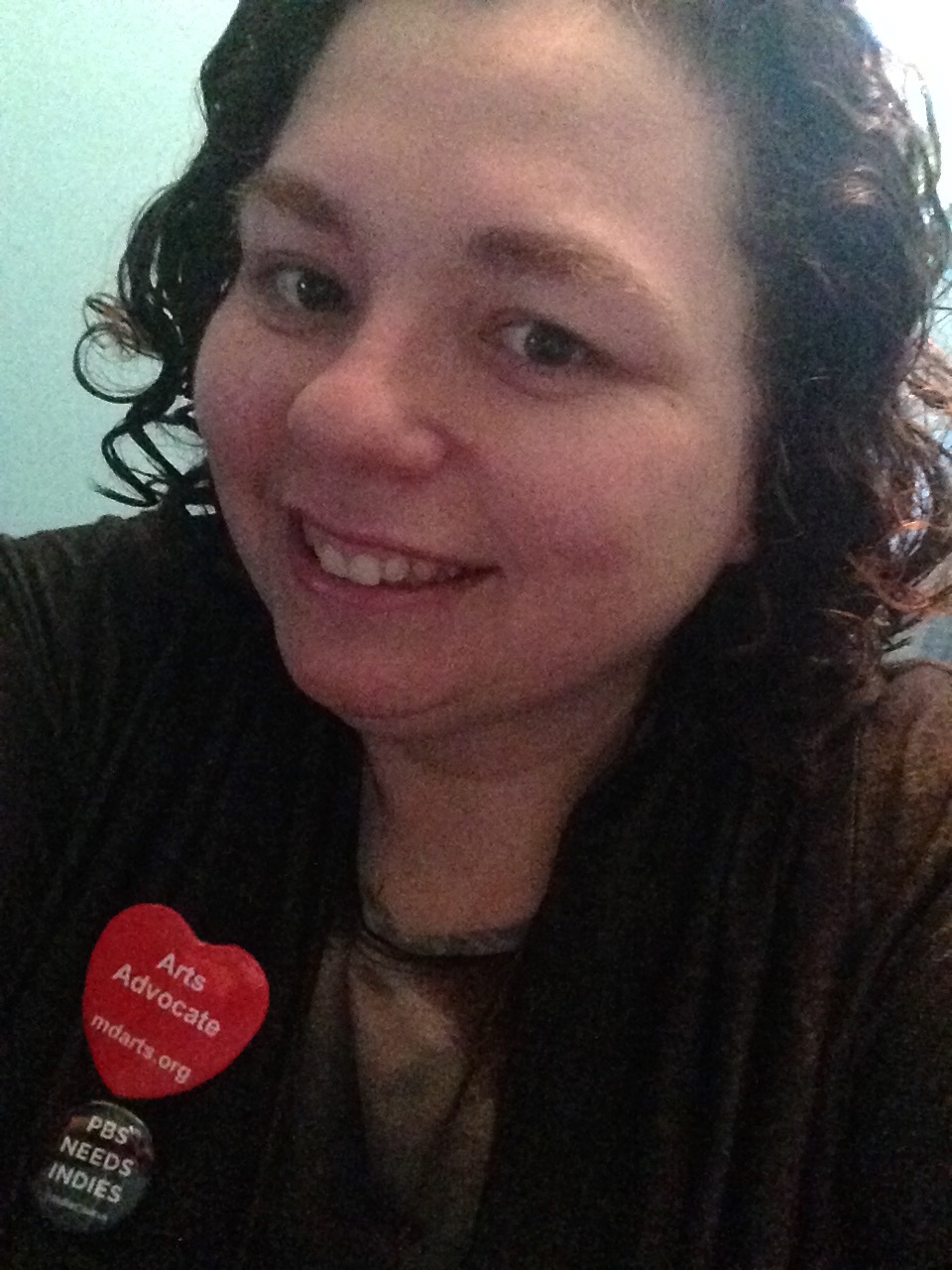 As an almost life-long Washingtonian, I have never had the luxury of being able to remain oblivious to what is going on in politics. I used to joke that you can tell what the capstones of a local place's culture are by seeing what is playing on the TV in a bar. In Pittsburgh, that was invariably football. Once in L.A, I was amused to see bar patrons ssssshing each other while the Screen Actor's Guild Awards was on. Here in DC, if there's a presidential debate, political convention, or state of the union address, you'll find Washingtonians of all political persuasions gathered at the neighborhood watering hole to watch.

While I have participated in my fair share of marches, petitions, and online discussions about politics, I must admit I had never really worried much about the arts. Wearing many different hats at a small nonprofit, I rarely had much time to be an advocate beyond joining my arts organization colleagues once a year for a potluck where our county council members would stop by for a nosh and conversation before they would go back to vote on a budget which always was relatively generous for the arts. Being based in Maryland -- and Montgomery County, more specifically -- we may have reason to take arts funding for granted. Our state is in the top 10 of states in terms of spending per capita on the arts (as is Washington DC). We also buck the presumption that support for the arts is necessarily party-aligned; our current Governor is a Republican who has proposed more in arts funding than any of his predecessors of either party. This may be in part because his wife is an artist. Or it may be in part because he knows how much the creative economy is essential to the state's overall fiscal health -- in terms of jobs, tourism, and dollars spent in adjacent industries.

My relative complacency about public support for the arts changed the day before the Presidential Inauguration when The Hill reported what later turned out to be accurate -- the new administration was proposing to eliminate the National Endowment for the Arts and the National Endowment for the Humanities, and to privatize the Corporation for Public Broadcasting in next year's budget. Later the administration also proposed to cut back the NEA and NEH budgets for the current fiscal year by $15 million. (For those outside of the wonkbelt, the current fiscal year actually began back in October with a budget proposed by the previous administration, but the federal government has been operating on a series of continuing resolutions since Congress had not yet voted on the proposed budget; this has been a fairly common reality since 1994).

Full disclosure: Docs In Progress has received three NEA grants in our history. They have helped us deepen our artist services (including the Fellowship, Peer Pitch, and Filmmaker Residencies). They have helped us provide master classes on producing, directing, and editing. We have also received funding indirectly from the NEA and NEH through their respective support for the Maryland State Arts Council and the Maryland Humanities Council. Filmmakers in our community who have received support directly from NEH and NEA or indirectly through support from ITVS and the Minority Consortia are also beneficiaries of federal support. Federal funding has made a difference to the Docs In Progress community and the broader documentary community.

I knew I could be complacent no longer.

I immediately signed up to attend Arts Advocacy Day, an annual event organized by Americans for the Arts. It combined advocacy training sessions and inspirational talks and performances with a day on Capitol Hill where we all got inspired some more by hearing from various Representatives and Senators of both parties. They expected about 500 artists, arts educators, and arts leaders to attend the event. More than 700 showed up!. I should note though that the media arts was pitifully represented, something I hope will be rectified next year. Half the battle is just showing up.

The next day, we hit the halls to meet with our own congressional representatives. I met with staff from the offices of Rep. Jamie Raskin (the just-elected representative of the district where Docs In Progress is based) and Rep. Steny Hoyer (who represents the district where I live). While it felt a bit like preaching to the choir, it also felt good to know that there was so much support for the arts.

Raskin even wrote back. 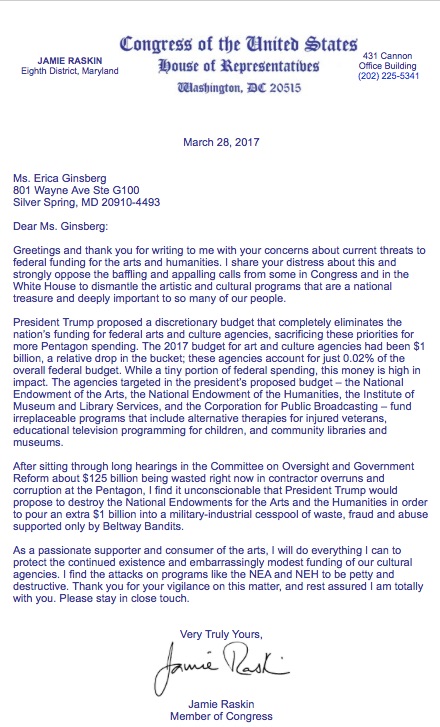 In spite of this fired up attitude from an elected representative who gets it, I knew that he was only one of 435. One of his fellow Marylanders, Rep. Andy Harris, represents very different opinions about the value of the arts. During a hearing on funding for CPB, he even singled out Kumu Hina, a film produced by several Docs In Progress community members.

There is a long road ahead. And, in spite of the promising news this week that Congress not only voted against the FY2017 cutbacks for the NEA and NEH, but actually increased their budgets, we know that this was thanks largely to the tireless efforts of arts advocates across the country.

Now is not the time to be complacent, so I wanted to share with you a few tips I picked up at Arts Advocacy Day.