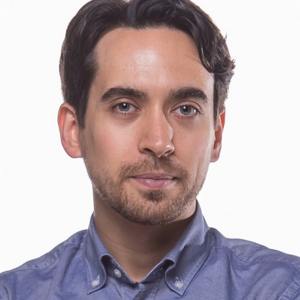 Emre is a director, videographer, and content developer who currently works in the multimedia department in an international finance institution. Originally from Turkey, Emre received a BFA in Film/Digital Video from the Universityof the Arts in Philadelphia. His thesis film Urvawon a Director's Choice Award at the Black Maria Film Festival and was screened at Anthology Film Archives in New York and the National Gallery of Art in Washington DC. He is a founding member of the artist collective Pupils of the Universe.

Fellowship Project: Alternative History of War on Terror puts the United States and her allies under the scope in an examination of global stability, security and the vicious cycles that breed terrorism where the lines between words like freedom fighter, terrorist, army, and rebel are lifted for a naked look at the profit of killing and its human cost.