Some Tools for Long-Distance Post-Production Workflow 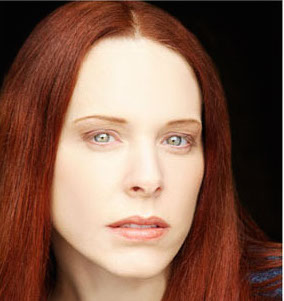 Kelley Slagle (2016 Fellow) is co-producing and editing Eye of the Beholder: The Art of Dungeons and Dragons -- a look at the artists behind one of the world's most renowned role-playing games.  As an an experienced editor, she offers a perspective on some online tools she has found helpful when collaborating with a co-producer who is based in another city but still wants to be able to access the full NLE project.

I’m currently semi-uncomfortable on a plane headed to Seattle to conduct a few interviews with artists for our documentary Eye of the Beholder: The Art of Dungeons and Dragons. I’m the editor and a co-producer, and I’m sitting next to fellow co-producer Seth (my husband, which makes being in the middle seat a lot easier). We rendezvous with our third co-producer Brian when we get to Seattle. He lives in New York City.

So far, we’ve shot ten interviews but not all of us have been able to attend every shoot, so we’ve had to come up with a good workflow to manage and replicate our footage in Maryland and New York. We also wanted Brian to have access to the full NLE project, and be able to share other assets between us easily.

We discovered a great tool while working on a previous feature project that we immediately thought of when starting this documentary. It’s called BitTorrent Sync , which allows peer to peer file synchronization on most platforms. What that means is you can share files from one device, like a desktop or laptop, directly to another one that’s local or far away.

This is different than putting your files up in the “cloud” – your files are stored only on the devices that are sharing them, and files are encrypted, so there are a lot less privacy concerns. Plus, there is no limit on the amount of data that can be synced, other than the available free space on each of your devices. BitTorrent Sync’s speed is also an advantage over cloud services – they claim it is up to 16 times faster – so there’s a lot less risk of failed syncing. Updates and changes are synchronized immediately and automatically.

Since there are only three of us, we don’t need to take advantage of the folder-by-folder permissions features BitTorrent Sync offers, but if you’ve got a larger crew that needs access to your files in different ways that’s a great thing to consider.

The best part? There is a free version of BitTorrent sync you can download available at getsync.com. The PRO version, which offers more features like those folder permissions, is currently set at just $39.99/year. Even with the paid version, it’s well worth it to save time and money not shipping drives, or worrying about the privacy of your footage.

One other tool that might be useful if you have multiple documentary collaborators, or have a trusted few you’d just like to get feedback from, is the video review and approval service Wipster. Wipster allows you to upload work in progress video, share it with others, receive feedback and then, if you like, it can publish your video directly to Vimeo.

One of the great features of Wipster is the ability to comment directly on a video by clicking and entering your text right at the moment and spot that you want. Everyone can see and reply to each other’s comments, and the comments can be turned into a to-do list for you to address.

Uploading a new version of a video is a simple drag and drop, and previous versions are still accessible. Storage and sharing of your videos is unlimited – reviewers do not have to have an account to watch the video or leave comments. And you can share entire folders of videos for review. Wipster does have a free trial at wipster.io, and the current price is $15 per user/month (that’s per user who can upload and share – not per person you share with).