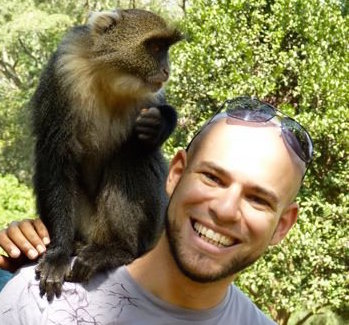 Like many millennials, 2016 Fellow Yisrael Welcher moved from New York to Washington DC to make change in the world. He planned to pursue a Masters in Public Administration MPA which would lead to a career path in International Development. Somewhere along the way, he reassessed how he wanted to make an impact, and decided to make a living as a bartender, and a life as a documentary filmmaker.

I am 36-year-old New Yorker living in Washington, DC. I moved here to pursue an MPA and a career path in International Development. So how did I end up here? A bartender and 2016 Docs in Progress Fellow, producing Kol Hanashim (Voices of Women); an exploration of how women from religious and ethnic minority communities balance maintaining their heritage in American society.

Well here’s a lifehack for you. Don’t listen to those who tell you to pursue the practical, when your heart wants to go down a different path. And when I say “those who tell you”, I’m also talking about the voices in your head.

My path has been winding– a B.A in Interdisciplinary Studies, producing advocacy shorts for nonprofits, being a production assistant on an HBO documentary, spending a decade developing social enterprises in the U.S and overseas. It’s been a balancing act between my left and right-brained selves. Generally I managed. However this internal conflict came to a breaking point after a time working in Kenya. While there, the lightbulb that has become Kol Hanashim went off in my head.

At the same time, a combination of family circumstances and professional ambition led me to make the decision to attend grad school. While I was torn, I was aware that, for my spirit, I was making the wrong choice. I still remember packing my things into a U-Haul and being full of dread, knowing that I should be making Kol Hanashim. So I promised myself I’d complete the program, and, if I still wanted to make this film when I finished, I would leave that career path and tell this story. Well, the fact that I spent more time in school discussing my film then my studies made it pretty clear which way I should go.

But it’s one thing to say it, and another to follow through when put to the test.

At the end of my program, I completed a fellowship and had a job offer to do meaningful work that I am passionate about.