Getting Close Means Getting Lean 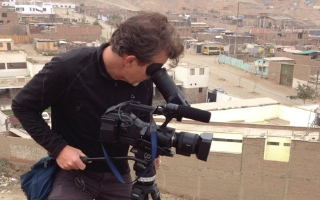 Want to get close to your documentary subjects? Dispense with all the bells and whistles. This the focus of a new book from filmmaker Rustin Thompson. We asked him to give us the highlights.

“No matter what you choose to do with your life, if you truly want to live fully and leave the world a little better than you found it, you have to get close.” This is what former United Nations Ambassador Samantha Power said in her 2016 speech to Yale graduates. What she meant is that in order to connect with your fellow human beings, in order to authentically embrace your work, your art, your relationships, a real intimacy is called for. Her sentiment expressed what I write about in my new book, Get Close: Lean Team Documentary Filmmaking (Oxford University Press, 2019), which strips away the financial and logistical barriers that prevent too many filmmakers from planning, funding, filming, editing and completing their documentaries.

I’ve been making films for 38 years, starting right out of college when I shot and edited little 2-3 minute documentary movies for the local news. Sure, a lot of them were of the if-it-bleeds-it-leads variety, but every time I went out with my shoulder-mounted camera the size of a suitcase, leashed to a ¾ inch tape deck, I tried to infuse the visuals with as much visceral immediacy as I could. Working often as a one-man band, I needed to get as close as I could to the people and the audio sources. I had to record my own sound with my shotgun microphone. I had to work fast, think on my feet, and cover as many angles as I could in the short time I had. Whenever possible, I’d look for an arresting composition, an oblique point-of-view, a bit of foreground–anything to set the story apart from the dozens of other stories on the nightly news. My press credentials allowed me to get close, so I would milk the privilege.

When I started making short and feature documentaries in 1999, getting close became my philosophy of visual thinking. There is a kind of meditative awareness that takes over when I’m shooting close to my subjects, much like that of the skier or climber who focuses only on the physical elements right in front of them. The subject or character guides my eye, and my eye communicates with my hands, which then manage the camera’s iris, shutter speed, zoom, and audio level. I’m always dealing with matters of exposure and composition and focus, but also with how my subject is responding to my presence. I’m deeply aware of them as a human being, and truly grateful they’ve allowed me to be this close to them so I can bring their story to a viewer, to make a connection.

This is the “juice” of documentary filmmaking, this closeness to your fellow human, which dissolves borders of class, race, and language, at least temporarily. I don’t want to suggest this breaking down of barriers is permanent. You probably won’t become longtime friends with your subjects, nor will the divides of class and race magically melt away forever, but for the brief time of your shoot you will be communicating almost nonverbally. The experience can be profound. Don’t be afraid. Don’t be reluctant. Get close. And then get even a little closer.

Making documentaries can introduce you to people who often come from different countries, circumstances, or lifestyles. They may be struggling with poverty or homelessness; they may be survivors of violence or learning to adjust to a change in their health; they may be targets of discrimination or exploitation. Often, they are activists and humanitarians rebelling against the label of victim, in turn forcing us to reevaluate our own privileges. Even after 20 years of making docs, I am thankful for and honored by the opportunity to get close to their lives, if just for an hour or two.

What does getting close look like? The first thing I do is get rid of obstacles in my way. I ditch the lights, the light stands, the flags, the reflectors, the slate, the boom microphone, the additional viewing monitor, the extension cords, the soundperson, the director (you are the director!), the unpaid intern, and, if I truly don’t need it, the tripod. I attach everything I need to the camera or carry extra gear in a waistbelt or knapsack. This helps me to get intimate, dynamic footage, and greatly reduces the expenses and logistical hassles other crews or video-production studios often feel they need. I can work alone and still capture exciting images and quality sound.

I always advocate for owning your own camera, rather than one you rented or borrowed. You simply can’t know the ins and outs of a camera until you’ve spent time with it in real-world situations. Treat it like a precious friend. Once you become close with your camera, you can then eliminate the obstacles that attach to it like leeches. Unplug and unscrew everything on your camera that slows you down or gets in your way.

For example, that adaptor affixed to the top of your camera that allows you to attach that pricey, blimp-like shotgun mic? The smaller, less obvious shotgun mic that comes with the camera will most often do the trick. What about the “dual grip video stabilization shoulder systems” and “professional grade stabilizing action grips” that announce you as a serious filmmaker? Don’t buy a camera that requires a rig like that just to get a stable handheld shot. They’re like putting steel bars between you and your subject. And do you really need the external audio recorder requiring an assistant to hold and monitor it? Just record sound directly into your camera via the XLR inputs. In fact, don’t even think of buying a camera that doesn’t have XLR inputs in the first place.

Eliminating barriers not only clears away the physical space between you and your subject, it also removes emotional space. When it’s just you, your camera, and the person you’re filming, your camera acts as an extension of your body. It is a way of seeing and relating to the world inside your frame. 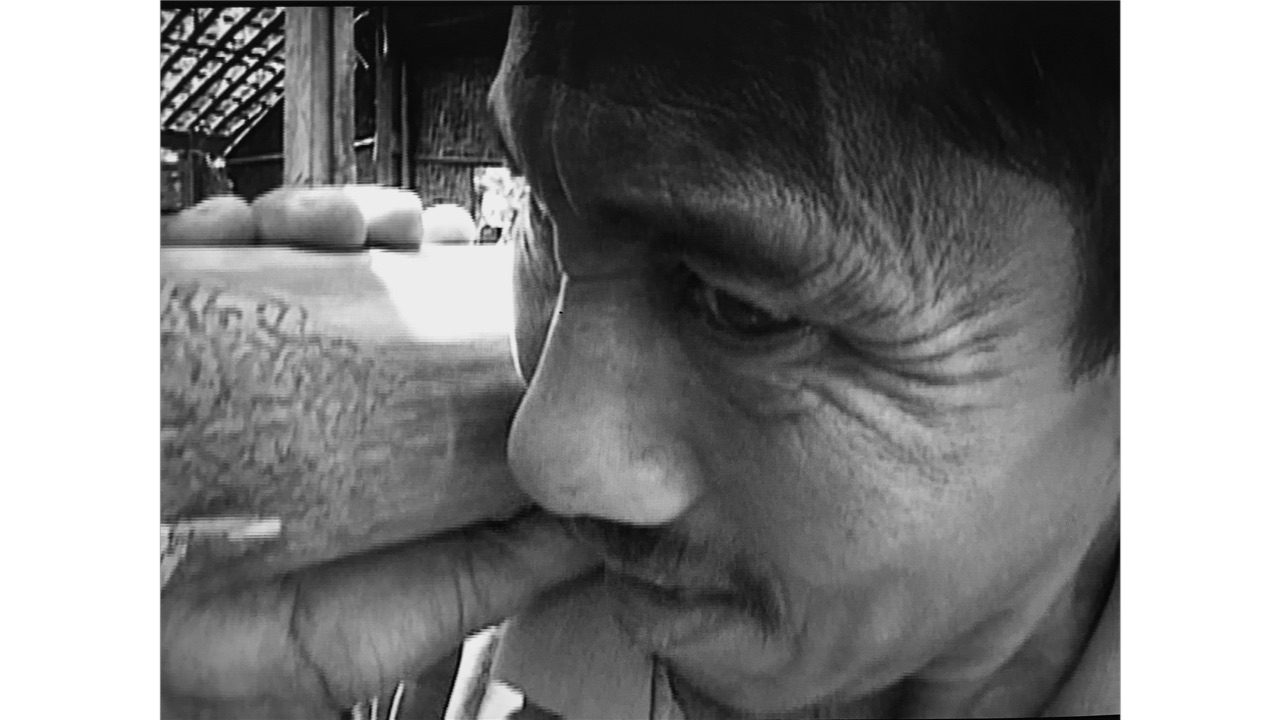 When I describe to students this idea of getting close, they nod as if to say, “Sure, of course. Get close. I get it.” But then I demonstrate that getting close means getting really physically close, as in Leonard Retel Helmrich’s 2004 Shape of the Moon. In this study of changes in the lifestyle of an Indonesian family, his camera keeps inching ever closer to the faces of his characters, and it penetrates the natural world in macro close-ups. To practice this approach takes skill, sensitivity, awareness of your surroundings, and a willingness to push the boundaries of personal space.

Get Close: Lean Team Documentary Filmmaking details all the steps you can take to make a movie on your own, from evaluating your project, setting up the shoot, filming and recording sound in the field, organizing your footage in the editing room, to cutting, finishing and distributing your film, all at a fraction of the runaway costs of documentary filmmaking today. I offer advice on essential gear and list plenty of classic and contemporary films that will show the right way–and the wrong way–to make documentaries today.

I’m now finishing up my seventh documentary. That’s about one doc every three years in the two decades I’ve been making them. The film, called Slow Revolution, is an essayistic homage to Chris Marker’s classic Sans Soleil. It will no doubt have the usual idiosyncratic success of all our films–a few festivals here, maybe a broadcast there, educational distribution, and eventually streaming…somewhere. As frustrating as the current festival and distribution climate can be (which I cover in detail in the book) I’ve decided to embrace the philosophy that life is too short and there is too much else I want to do as a filmmaker besides jump through the innumerable hoops of fundraising, endorsement-seeking, crewing, and collaborating with a large team of producers. This approach has limited my success in the industry, but it has also liberated me to make films on my own terms and my own schedule. My hope is that by reading my book, you will be liberated as well.