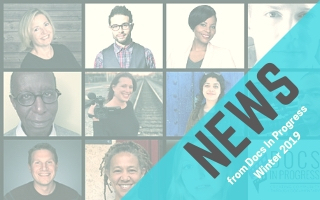 Meet our 2019 Docs In Progress Fellows. We head out on the road with Peer Pitch. Docs In The City focus on environmental documentaries. Plus news from alums, upcoming funding deadlines, hot reads, and more...

MEET OUR 2019 DOCS IN PROGRESS FELLOWS 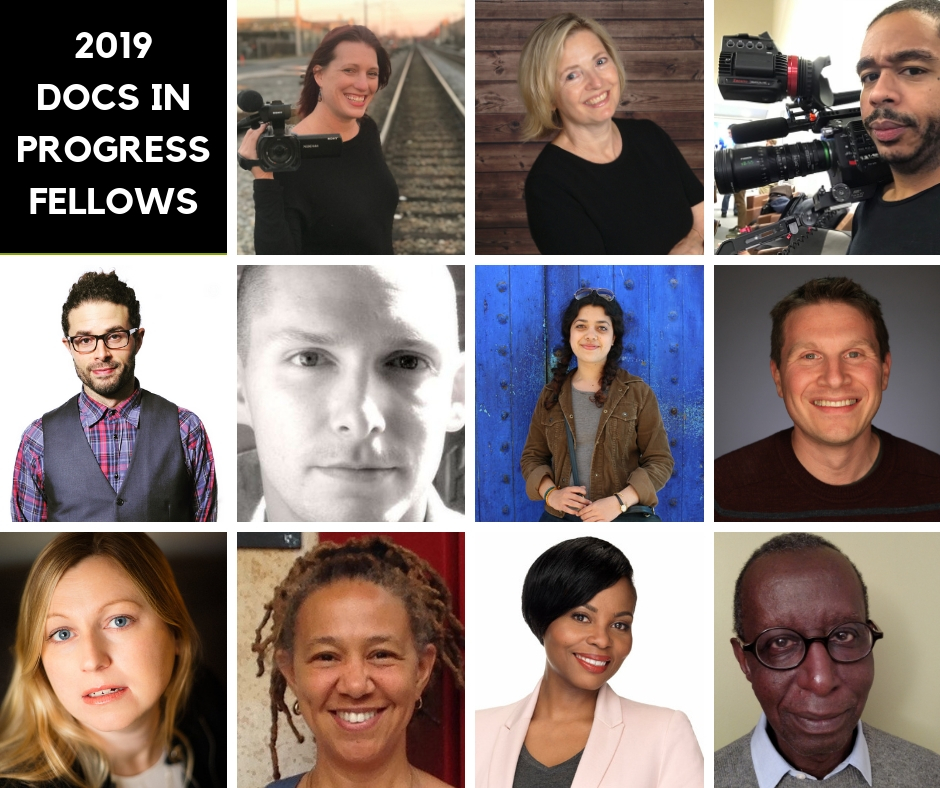 Now in its seventh year, this Program brings together a cohort of documentary filmmakers from across the Washington DC/Baltimore Metropolitan area for a seven month Fellowship. They will participate in a series of monthly meetings from March through September 2019 where they will come together to share and hold each other accountable for progress on these current projects, and have a facilitated discussion with each other and with special guest speakers about issues related to the documentary landscape and creative process. They will also attend the Full Frame Documentary Film Festival and several other special events.

LEARN MORE ABOUT OUR 2019 FELLOWS

Made possible in part through the support of 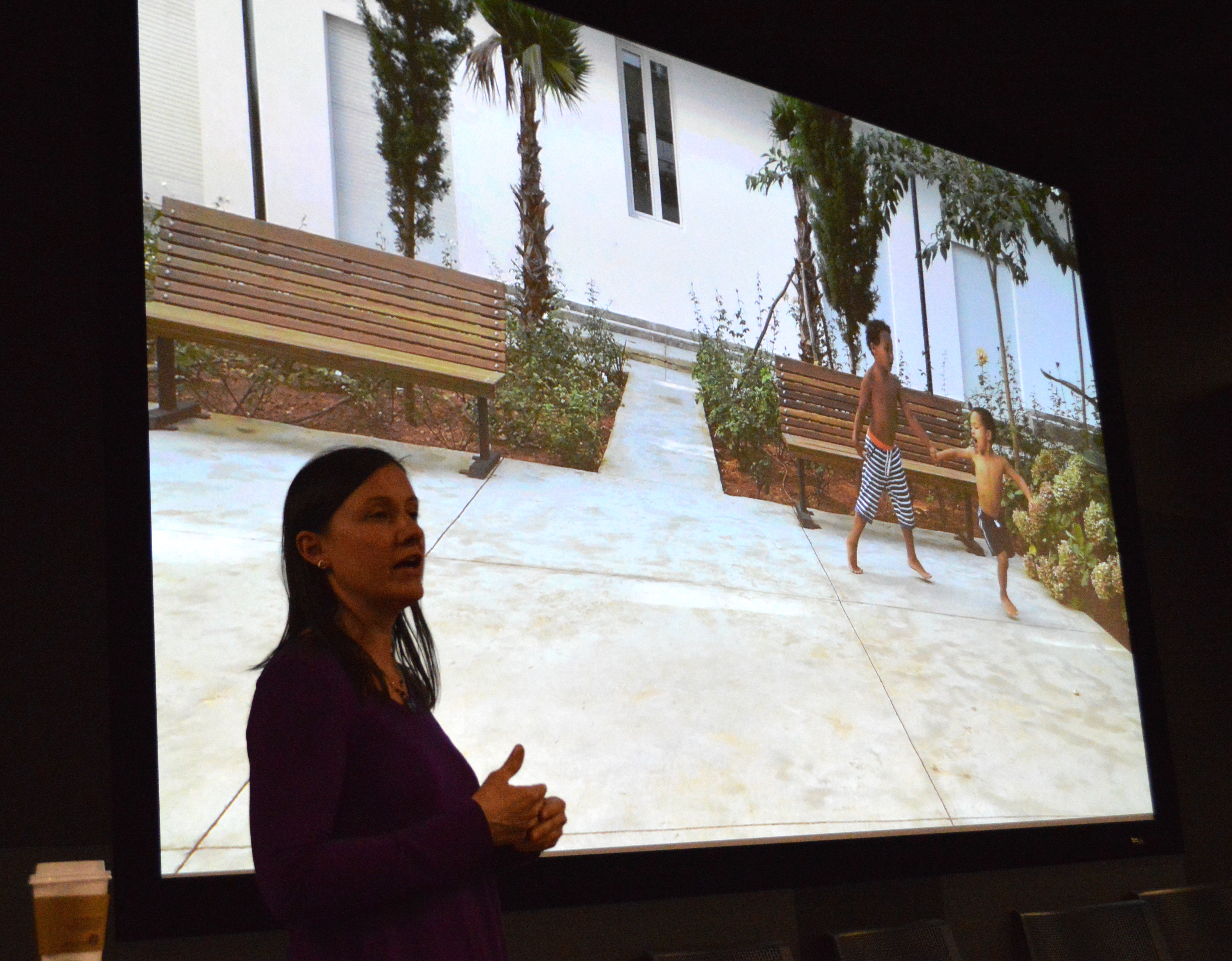 Have you ever wanted to give your documentary pitch a test run in a safe and supportive space before trying it out in an industry setting? Peer Pitch is just what it sounds like -- an opportunity to practice presenting your project to fellow filmmakers and get feedback on your pitch, your concept, or your trailer in a facilitated and friendly setting.

Docs In Progress will be organizing four Peer Pitches in different regions of the country this year and three are already open for registration. Pitching spots are available on a first come, first served basis and we also have spots if you would like to attend Peer Pitch to see the pitches or provide feedback to those pitching.

We will also be holding Peer Pitch East at our new headquarters in Silver Spring, Maryland in the summer. Stay tuned for an announcement of when and how to register.

Made possible in part through the support and partnership of

DOCS IN THE CITY RETURNS ON SUNDAY, MARCH 17

Take a theme. Add a seasoned filmmaker and an emerging filmmaker. Mix in an enthusiastic audience. Serve. This is the recipe for Docs In The City, our special documentary film screening series. The next one will take place on Sunday, March 17 with the theme of environmental documentary.

Our special guest will be Judith Helfand who is both an award-winning filmmaker (Blue Vinyl, A Healthy Baby Girl) and field-builder (as co-founder of Working Films and Chicken and Egg Pictures). She, along with the audience, will watch and provide feedback on a new work-in-progress from an emerging filmmaker selected from a nationwide call for submissions. Later that day, she will screen her newest film.

We are pleased to announce the film selected for the work-in-progress screening will be End of the Line: the Women of Standing Rock, directed by Washington DC-based filmmaker Shannon Kring. The film tells the story of a group of indigenous women willing to risk their lives to stop the Dakota Access oil pipeline construction that would desecrate their ancient burial and prayer sites and threaten their land, water, and very existence. In the process, they must face the personal costs of leadership, even as their own lives and identities are transformed in the crucible of one of the great political and cultural events of the early 21st century. Following the screening of the rough cut, Docs In Progress Executive Director Erica Ginsberg will facilitate a feedback session, featuring feedback both from Helfand and the audience.

In the evening, Helfand will screen her latest film Cooked: Survival by Zip Code. In her signature serious-yet-quirky style, she takes audiences on a journey through extreme weather, extreme disparity, and the politics of disaster. From the 1995 record heatwave in Chicago which claimed more than 700 lives (mostly elderly, people of color, and those living in poverty) to Hurricanes Katrina, Sandy, and other weather events, Cooked delves deeper into how extreme weather events are really disasters of social inequity. Following the screening of the film, Docs In Progress Program Director Andrea Passafiume will moderate a Q&A with Helfand.

The work-in-progress screening will take place at the new Eaton House at 1201 K Street, NW in downtown Washington DC on Sunday, March 17 at 1:00 pm. The screening of Cooked will take place on Sunday, March 17 at 7:00 pm at the Landmark E Street Cinema (555 11th Street, NW Washington DC). Tickets for both events will be available next week through our program partner, the Environmental Film Festival in the Nation's Capital.

Made possible through the support of

UPDATE ON OUR MOVE AND FUNDRAISER

Due to a construction delay beyond our control, our move date has been pushed to spring. We are as excited as you are for this new chapter in our story, and will update you as soon as we know more. Our winter programs will continue to take place at our Wayne Avenue space and other venues in the meantime and, as you can see below, we are moving forward with spring programming plans. 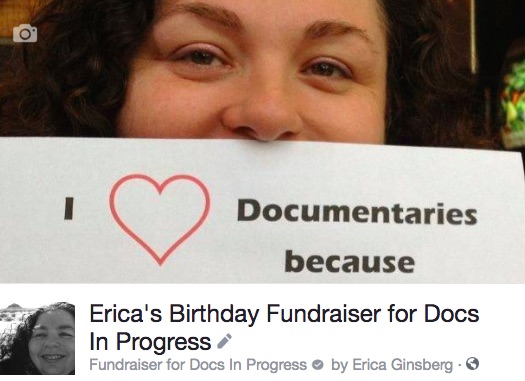 We especially want to thank all of you who have contributed to our winter fundraising campaign. You have helped us raise more than $20,000 towards our programs, operations, and the move. We will be following up with those of you who selected the naming options for chairs and the entry wall as soon as we have confirmed the move-in-date.

If you still want to contribute, you can give via a Facebook Birthday Fundraiser our Executive Director Erica Ginsberg has set up or via our website.

News From Our Community

After winning more than a dozen awards at film festivals across the country, TransMilitary has been released on iTunes and other streaming platforms. Learn more

The community featured in Finding Fellowship(formerly known as The Quince Orchard Project), a fiscal sponsoree and work-in-progress screening alum, was recently spotlighted on FOX5 News. See the news piece.

Trash Empire (Work-in-Progress Screening alum) premiered at the Tampa Bay Underground Film Festival and was nominated for Best Documentary. It also screened at the NewFilmmakers festival in New York City.

A Diplomat of Consequence (Roundtable alum) recently had several screenings as part of Black History Month, including at the George Washington University. Director Christopher Teal will also be speaking on a panel on African-American Trailblazers in Diplomacy at the U.S. Diplomacy Center in Washington DC on February 28. Learn more.

Fiscal sponsoree Creative Feds was released for free online during the recent federal government shutdown to spotlight the stories of federal employees. Watch the film on Facebook or Vimeo.

Over the past year, TransGeek: the Intersection of Gender Identity and Geek Culture (Work-in-Progress Screening alum) has screened at nearly a dozen film festivals in the United States, Sweden Germany, England, and Australia. The film will be released by summer. Learn more.

Alums: Don't be left out! Send your news via our new online form. The Spring Newsletter will be published in April. Deadline to submit updates for consideration is March 15.

Note that some are limited by geographic or other requirements. Please read guidelines carefully.

August 14: National Endowment for the Humanities Development and Production Grants

Want to see the full list of film funders?
We now have a permanent place on our website which you can bookmark to get links to more information on major film funders. You can access the page for free as long as you sign in to our website
Here's the link to bookmark: http://www.docsinprogress.org/funding_for_documentaries

Killing the Sundance Myth: No Filmmaker Comes Out of Nowhere (Indiewire)

The Doc Life: Ensuring a Successful Interview with Style and Substance (Film Independent)

Sundance Film Festival Selections 2019: What are the Odds for Documentaries? (DocumentaryBusiness.com)

What Else is Coming Up From Docs In Progress?

All programs are at our space in downtown Silver Spring unless otherwise noted.

March 6: Grab Your Audience in the First Five Minutes - WAITLIST ONLY

March 23: Filmmaking at Your Fingertips: the Smartphone Documentarian (Silver Spring)

March 26: How to Get the Best Interviews for Your Documentary (Silver Spring)

May 8 (Wednesday): Writing Your Documentary Treatment

About Docs In Progress

Docs In Progress is a 501(c)(3) nonprofit organization dedicated to empowering, educating, and engaging emerging documentary filmmakers and the audiences they are trying to reach. We offer more than 50 different educational, professional development, screening, and artist services programs every year in the Washington DC Metropolitan area and beyond.
Learn more about us.
Support us with a donation. 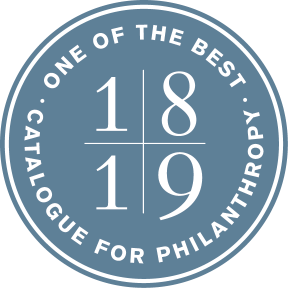