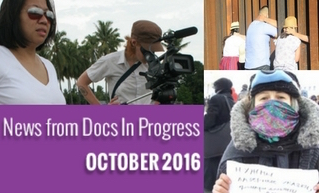 October Message from Our Executive Director 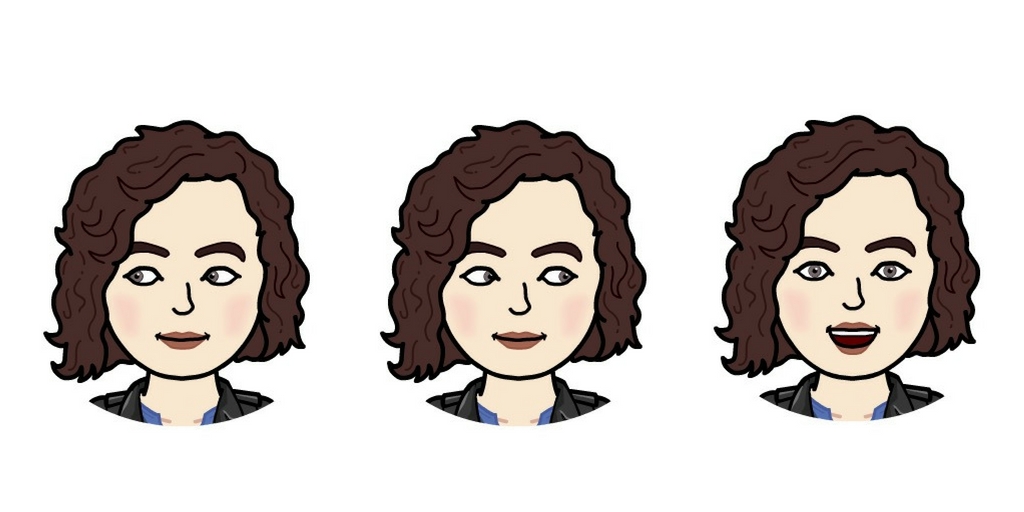 People are at their happiest when they are centered, have purpose, and are doing what they love.

This was the message of one of my favorite sessions at Getting Real, the International Documentary Association's recent documentary conference in L.A.

The beauty of this panel was that some of the top documentary filmmakers in the country (Katy Chevigny, Roger Ross-Williams, Gordon Quinn, and breakout filmmaker Deborah Esquenazi) showed incredible vulnerability in admitting that they too face rejection, self-doubt, and, yes, failure. The gist of the panel was this was all about finding alternative sources of validation; finding community with whom to share the joys and challenges of the process; and being generous with others going through something similar, even if it is just to tell them what you love about their film or their work. Whenever we get too focused on the challenges of getting funded, getting access to people who want to be filmed, getting into desired festivals, getting distributed, or just making a living or a life in this wild and wacky world of film, we have to return to why we do what we do in the first place and who can be there for support.

I was reminded of this the other night during the round-robin introductions at our October Roundtable. Even with everyone packed into the Doc House living room like sardines, there was an incredible energy. Hearing the quick intros of every person and what they are working on or why they were there was a reminder to me as well of why Docs In Progress is. We are more than just a bricks-and-mortar building, an IRS designation as a nonprofit, or a website. We are a community of people who are centered, passionate, and doing what we love.

Your creativity, passion, and camaraderie makes me love what I do even more. Thank you! 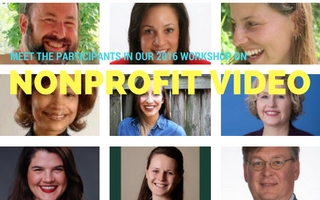 This month, Docs In Progress is pleased to welcome representatives from nine nonprofits into our 2016 Hands-on Nonprofit Video Workshop.

Selected through a competitive application process, nonprofit leaders from organizations working locally, nationally, and globally will have an opportunity to learn how to produce short documentary-style videos about nonprofits in a seven-session production and editing workshop lead by Sam Hampton.

Our goal is to build the communications capacity of nonprofits - whether they intend to do more in-house video or want to work more effectively with production companies.

Do You Have Your Ticket for the Documentary Inspiration Awards Yet? 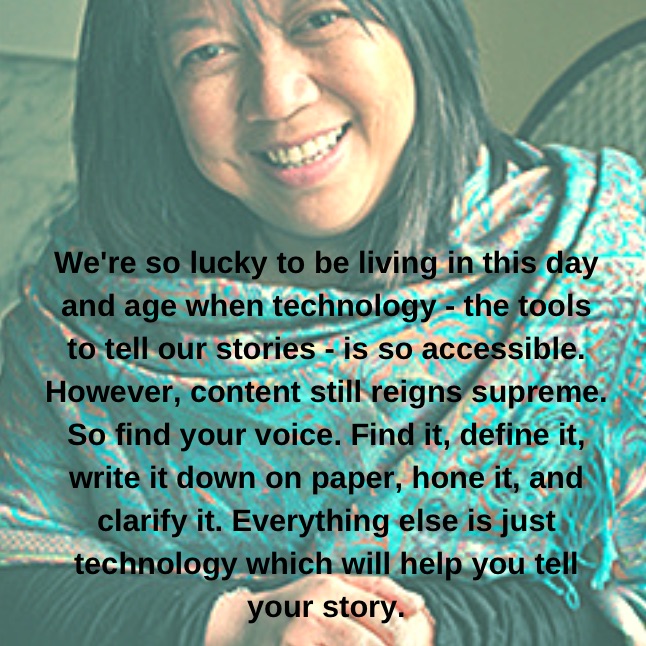 On Thursday, October 20, Docs In Progress will honor Ramona Diaz with our 2016 Documentary Inspiration Award.

In an intimate master class conversation, Diaz will discuss her career path to directing Imelda, Don't Stop Believin: Every Man's Journey, The Learning, and the forthcoming Motherland.

Ramona is an inspiration for many reasons, not least of all because she has sustained a successful career as a documentary filmmaker in spite of the challenges the film industry throws to women, mothers, people of color, and independent filmmakers who are based outside of L.A. or NYC.

Following the conversation, we will screen the film which put Ramona on the map -- Imelda, a nuanced portrait of the Philippines' controversial former First Lady. The film won an Excellence in Cinematography Award Documentary award at the Sundance Film Festival and aired on the PBS series Independent Lens.

Tickets are $40 through October 16 (Last Minute tickets are $50 from October 17 until day of the program). VIP tickets are also available if you would like to attend a private reception with Diaz prior to the awards.

Additional discounts for members of the Docs Insiders Program, Women in Film and Video-DC, and friends of the DC Asian Pacific American Film Festival.

Find out more and get tickets.

This event is organized by Docs In Progress and sponsored by Women in Film and Video, and the DC Asian Pacific American Film Festival.

OTHER UPCOMING DOCS IN PROGRESS PROGRAMS 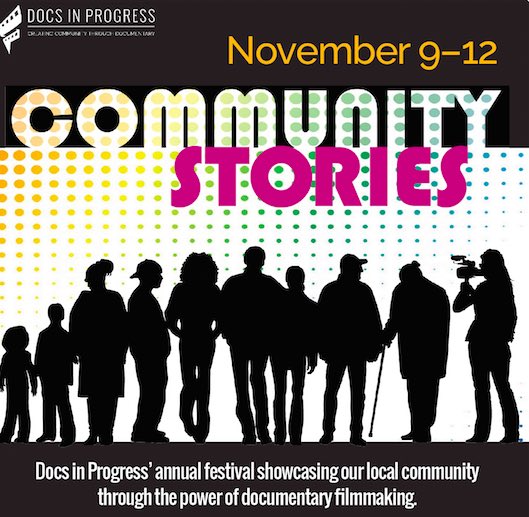 Save the dates of November 9-12 for the seventh annual Community Stories Festival. Some of the highlights of this year's festival include:

November 12: Filmmaking at Your Fingertips: The Smartphone Documentarian

November 12: Art of the Interview

November 29: What is the Film Festival Programmer Thinking?

See our full calendar at http://www.docsinprogress.org/calendar 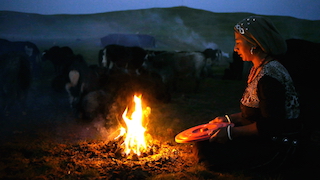 Yan Chun Su will premiere her film Drokpa in competition at the Margaret Mead Festival on October 14. The film follows Tibetan nomads and their struggles with the pressures of modernization. It participated in our 2014 Peer Pitch West at the Sebastopol Documentary Film Festival. The closing night of the festival will feature Hilary Linder's Indivisible about young Dreamers fighting to be reunited with family members who have been deported from the United States. The film is fiscally sponsored by Docs In Progress and also was workshopped through our Peer Pitch and Fellowship programs. 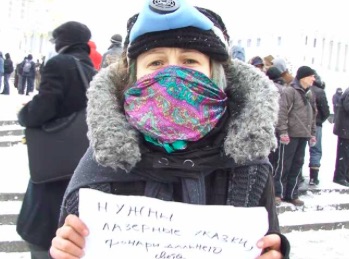 Olha Onyshko's Women of Maidan will premiere next week at the Woodstock Film Festival in New York. The film takes us to Ukraine during the winter of 2013-2014 (when student protests evolved into what has been called the "Revolution of Dignity") and explores the role of women in the revolution. Olha will also be on a panel on Telling Their Stories with other documentary filmmakers.

Alums: Don't be left out. Send your news to monica AT docsinprogress DOT org

Center for Media and Social Impact and International Documentary Association
Release Report on the State of Documentary
Nearly 600 documentary professionals participated in a survey which formed the basis for a new report on the state of documentary. The report provided a reality check on where the documentary film industry is today and where it could potentially be going. Some of the sobering statistics from the report include the fact that less than a quarter of documentary professionals actually make their primary living from documentary. In fact, more than a quarter spent between $20,000-50,000 of their own money to fund their documentary work. The report also revealed interesting statistics about gender and racial disparities, funding sources, and distribution.
Find out more.

D-Word Virtual Panel on Self-Distribution October 17-21
From October 17-21, The D-Word will host a Special Topic on Documentary Self-Distribution with Keith Ochwat & Christopher Rufo of The Documentary Foundation. Yes you can self-distribute. And yes you can make a living from doing so. Chris & Keith will share their lessons learned while self distributing their film Age of Champions, and best practices when it comes to self-distribution in the digital era. The five day virtual panel will take place on The D-Word, the world's premiere online documentary film community. To participate, you must sign up for The D-Word and request professional status. It is completely free.
Sign up.

What's Up Docs Screens Primary October 13
This landmark documentary chronicles the 1960 Wisconsin primary between the two Democratic front runners vying for presidential nomination - John F. Kennedy and Hubert H. Humphrey. It will screen as part of The Documentary Center's What's Up Docs? series. The film will be followed by a discussion facilitated by political documentary filmmaker and educator Paul Stekler.
Find out more.

Utopia Film Festival: October 21-23
The Utopia Film Festival will take place in Greenbelt, Maryland from October 21-23. Its mission is to present films that explore utopian visions through themes such as community building cultural diversity, social and economic concerns, and environmental issues. Docs In Progress will present a panel of filmmakers with works-in-progress.
Find out more.

WIFV's ScriptDC November 4-8 at American University
This conference for Mid-Atlantic writers, producers and talent to achieve their creative dreams by connecting them with accomplished teachers, consultants and industry professionals. The conference includes a track of master classes in documentary, as well as screenwriting, fiction directing, and producing.
Find out more.

Peer Awards November 12
TIVA-DC's Peer Awards is the most comprehensive film, video, and Internet competition for professionals and media students in the mid-Atlantic region. The 2016 Awards will take place at the Embassy of France on Saturday, November 12.
Find out more.

Symphonic Storyboards: PONY's Film Competition Submissions Open November 1
The Philharmonia Orchestra of New York (PONY) is a new orchestra made up of musicians who play with the top Lincoln Center ensembles. They have launched a film competition to find an aspiring filmmaker who will create a new film to be screened at PONY's upcoming concerts next spring. The winner of this competition will be commissioned to create a 10-13 minute film to accompany a piece of music that the orchestra will perform live in the spring 2017. A stipend will be offered to the winners to produce their films at a professional level.
Find out more.

Check Out Our Revived DC/Baltimore Documentary Film Calendar
Want to know what festivals are happening and where docs are being screened around the Washington DC and Baltimore areas at movie theaters, museums, cultural centers, embassies, and think tanks? Bookmark our Screening Calendar.

CINE PitchFest Comes to DC October 18
CINE PitchFest, presented by A&E, comes to Washington DC where five five independent producers will have five minutes each to sell their project to A&E and industry executives. A panel of industry pros will critique each pitch and select a winner, who will receive a formal meeting with A&E to pitch their project. Panelists and producers will hold a post-session Q&A. Find out more.

EURODOC 2017 Deadline October 14
EURODOC provides indepth workshops designed for filmmakers with documentary projects in production. Workshops include topics such as analysis of your documentary, budgeting and financing, legal and technical aspects of co-production, and pitching sessions. Find out more.

Frameline Completion Fund Deadline October 31
The Frameline Completion Fund provides grants to emerging and established filmmakers. This program seeks to provide a source of financial contributions to artists who struggle to secure funding to complete their works. Grants up to $5,000 are available for the completion of films that represent and reflect LGBTQ life. Find out more.

California Documentary Project Grants for Development and Production. Submit by November 1
If you have a film, audio or interactive media project in development which is ties into the culture, peoples, and histories of California, you can apply for development or production funds from California Humanities. Projects should use the humanities to provide context, depth, and perspective, be suitable for California and national audiences, and seek to reach, inform and engage broad audiences through multiple means. The deadline to apply is November 1.
Find out more.

Want to see the full list of funding deadlines and more information on funders?
We now have a permanent place on our website which you can bookmark to see a full list of funding and pitch deadlines and get links to more information on major film funders. You can access the page for free as long as you sign in to our website
Here's the link to bookmark: http://www.docsinprogress.org/funding_for_documentaries

It’s Not Always About the Money (Filmmaker Magazine)

Oscars: How TV and Streaming Emmy Contenders Are Changing the Documentary Race (Indiewire)

The Art of the Doc: The Festival Programmers' View (Documentary Magazine)

THANK YOU FOR BELIEVING IN US! 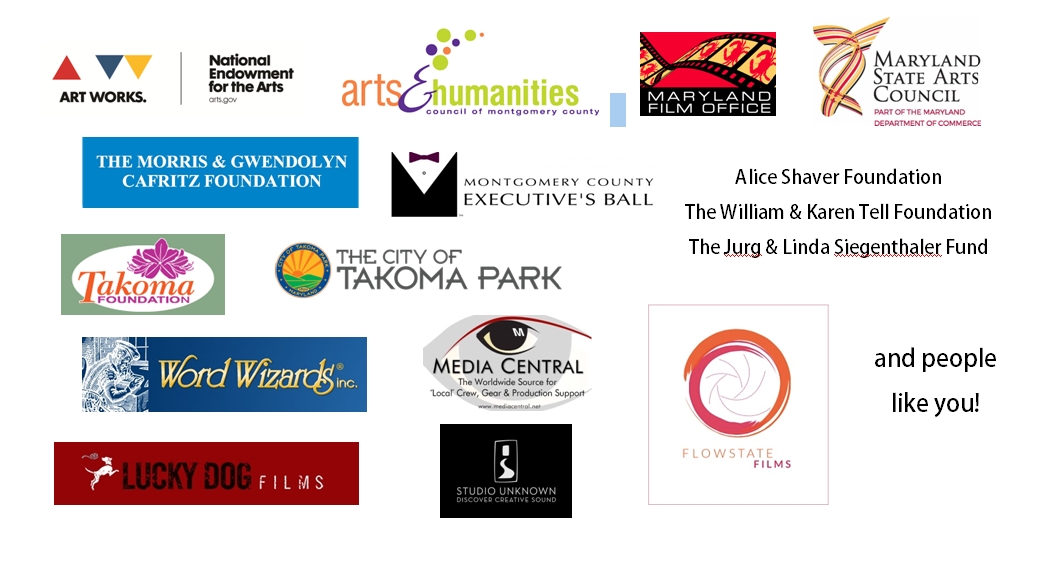 Docs In Progress is a 501(c)(3) nonprofit organization.
Donations are tax-deductible to the full extent of the law.
Donate Now