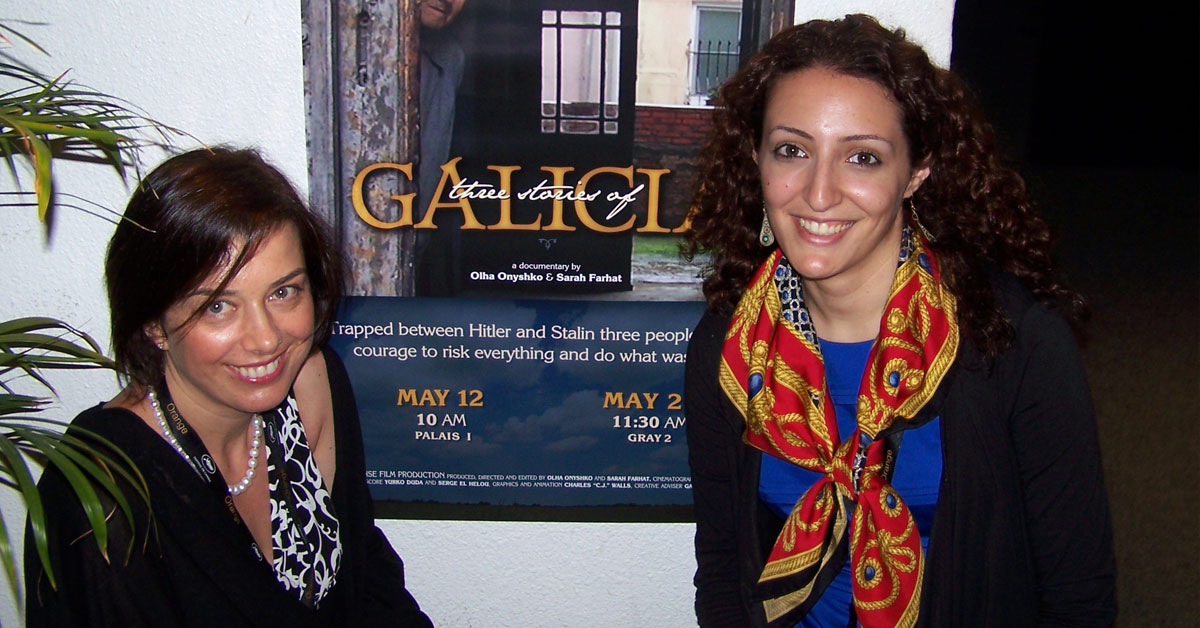 Olha Onyshko has her own production company, OliaFilm, and has worked as a freelance producer, cinematographer and editor for clients including The World Bank, The Global Health Council, DKT International, John Hopkins University, The Down Syndrome Network of Montgomery County, The National Park Service, and The Center for the Study of the Presidency and Congress.

Following a career in broadcast journalism, marketing and communications in Ukraine, she received an MFA in Film and Video from American University. Her student thesis film (made in collaboration with Lebanese filmmaker Sarah Farhat) ultimately became a feature length documentary called Three Stories of Galicia about the legacy of Jewish, Ukrainian, and Polish relations in the contested region of Eastern Poland and Western Ukraine during World War II. Her second feature film Women of Maidan followed the 2013-2014 student protests in Kiev, Ukraine and the women who sustained the protestors for two months of winter.  The film premiered at the Woodstock Film Festival and went on to more than a dozen film festivals and community screenings.